Written by Alexandra Rus
Updated over a week ago

When you set up an “Evergreen” campaign, you have two possibilities for deciding how long the campaign should last.

Depending on what type of duration you want, you can choose between creating an “Absolute” campaign, or a “Minimum duration” campaign: 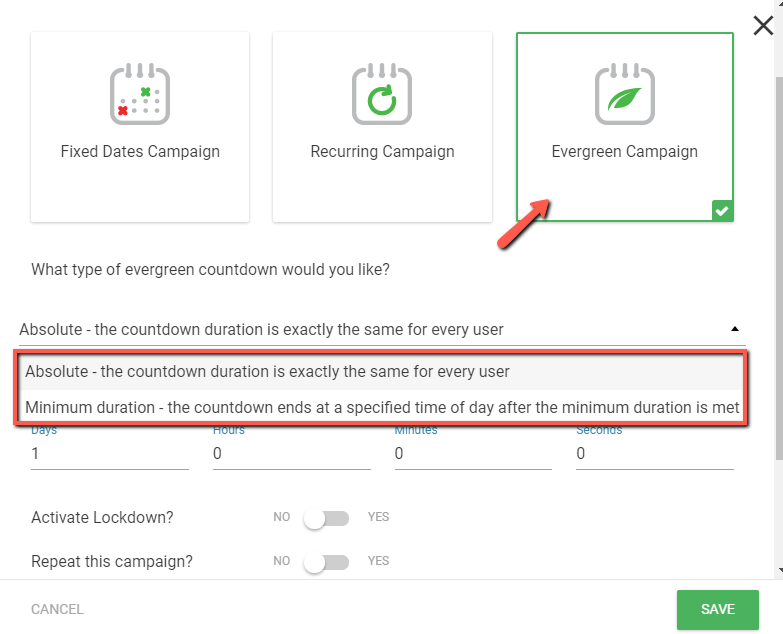 This article will explain how to use each option in order to create a campaign that best fits your needs.

An “Absolute” campaign is a campaign that will last the exact amount of time for each user that triggers the campaign. So, regardless of when or how long the user is on your campaign page, the duration will always last the same amount of time before it expires.

If you want to set up an “Absolute” campaign, access the “Campaign Settings” from your Thrive Ultimatum dashboard and select the "Evergreen" type:

Here, click on the drop-down underneath the “What type of evergreen countdown would you like?” field and select the first option: 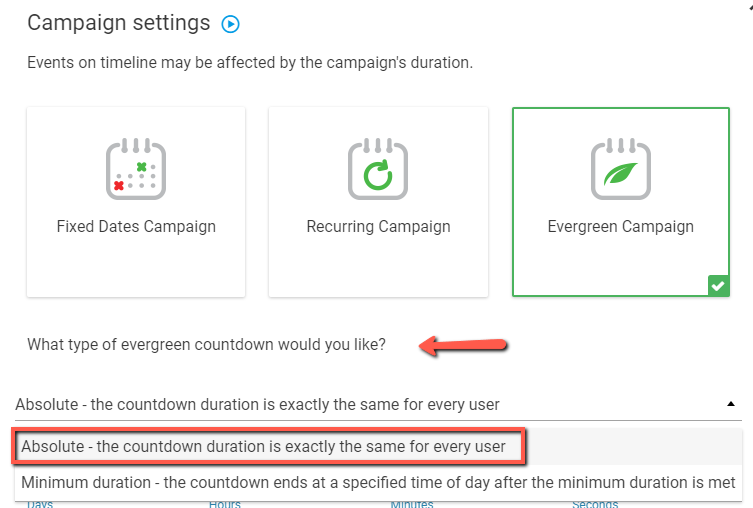 Whenever you create a new “Evergreen” campaign, you’ll notice that it’s set by default to a one-day “Absolute” campaign.

However, this is entirely customizable, as you can set yourself the exact number of days, hours, minutes, and even seconds for how long that campaign should last: 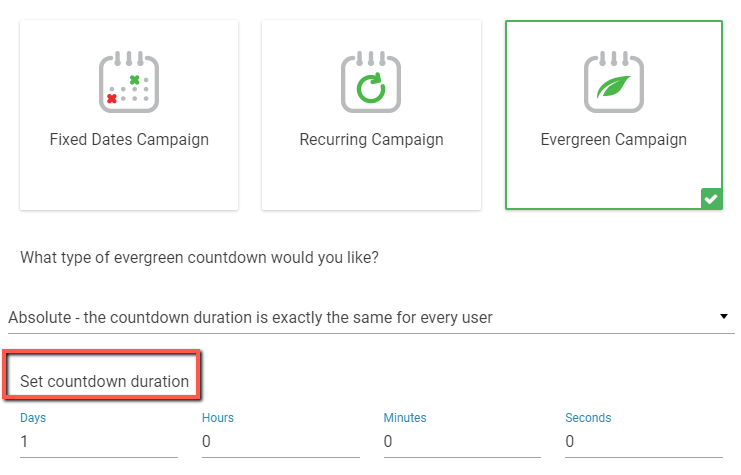 The “Minimum duration” campaign means that the campaign will last a different amount of time for each user, depending on when the campaign was triggered.

However, even if the duration is always different for each user depending on when he triggers it, the campaign will still run for the minimum amount of time set by you.

Just as in the case of the "Absolute" campaign, in order to select it, click on the drop-down underneath “What type of evergreen countdown would you like?”, and select it: 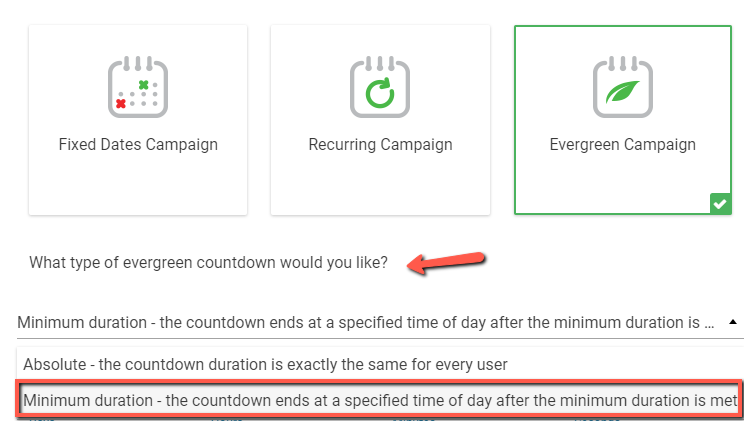 A set of time options will load on screen:

To further exemplify this, we will create a “Minimum duration” campaign that has a minimum duration of 10 minutes, and it’s set to end at 10:00 AM:

Note: Make sure to set the timezone in your WordPress general settings, in order to correctly adjust the time of the campaign: 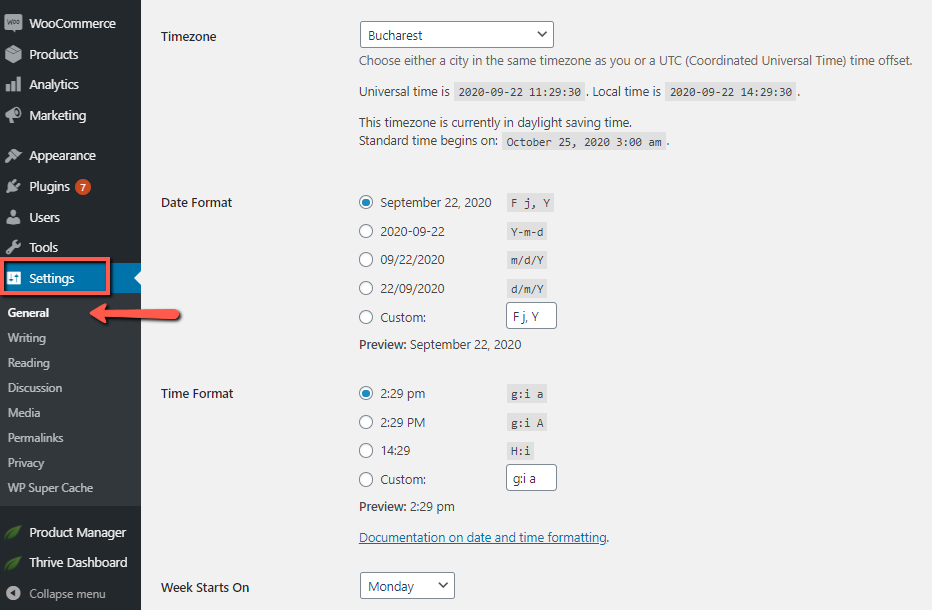 Before the minimum duration

If the campaign has a minimum duration of ten minutes, and it’s set to end at 10:00 AM, and the user triggers it at 09:35 AM, this means that the campaign will run for 25 minutes:

This covers both the minimum duration of ten minutes, plus the remaining difference between the time when the campaign was triggered and the end time.

During the minimum duration

If the user will trigger the campaign 5 minutes before the end time, so at 09:55, this means that the ten minutes minimum duration is not met. Hence, the campaign will run until the following day until 10:00 AM:

After the minimum duration

If the user will trigger the campaign after the countdown has passed, so after 10:00 AM, then the campaign will be displayed just as in the case described above, until the following day at 10:00 AM:

Lastly, you have to select the trigger action for the campaign from the three available options:

Keep in mind that if you enable the "Activate Lockdown" option, the "First visit to site" trigger will not be available anymore.

After setting up these settings, you can go ahead and further customize the campaign as you would normally do with any other Thrive Ultimatum campaign. You can read more about creating campaigns with Thrive Ultimatum in the dedicated section.

Hopefully, this article about how to use the "Absolute" and "Minimum Duration" options was helpful to you.

If so, don't hesitate to rate it with a smile below :)