Can I run multiple campaigns at the same time?

Thrive Ultimatum allows you to create various campaigns. To ensure campaigns do not interfere with each other and that they do not affect user experience, we set some rules about how they can run.

The ground rule is that there can't be 2 (or more) campaigns active on the same post/page at the same time for the same user, there can be only one.

How does this work?

When you create a new campaign, you will define when you want the campaign to be active, where you want it to be active and, in the case of Evergreen campaigns, what triggers it.

In the first example we'll deal with when and where the criteria applied when setting up a fixed dates campaign: 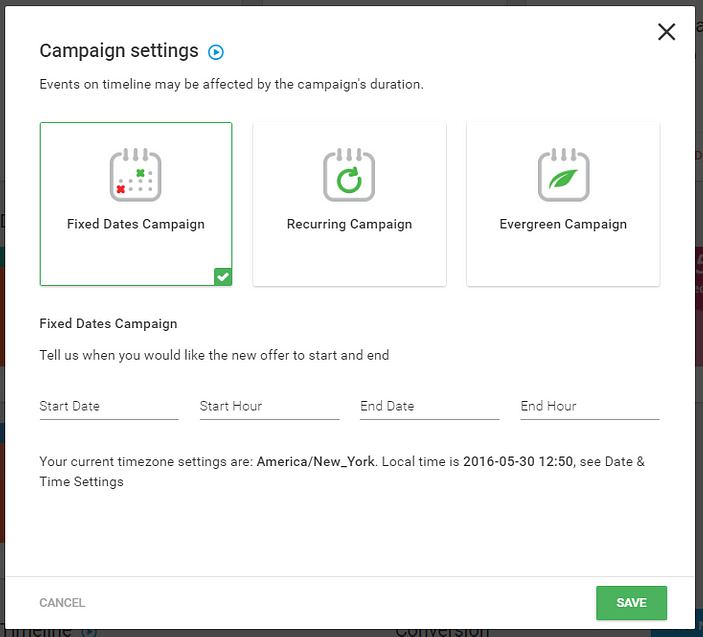 Here I created a Sitewide Campaign with Absolute Dates that runs from the 11th to the 19th of July and is active on the Front Page of the website. Let’s call it campaign A.

If you set a second campaign (campaign B) of any kind (absolute dates, rolling dates, or evergreen) that overlaps (completely or partially) with the dates of campaign A on the front page, campaign B will not display on the dates that overlap.

Example 1: B is set to run from 11th to 19th of July on the Front Page. This campaign will never display, as it has the same dates and it’s on the same page as campaign A, therefore it will be completely ignored.

Example 2: B is set to run from 9th to 19th of July on the Front Page. It will only display on July 9th and 10th, because on the 11th, campaign A becomes active and takes over.

Example 3: B is set to run from 9th to 19th of July on the About Page. Even if the dates overlap, it’s active on a completely different page, therefore the 2 campaigns will run in parallel, as they don’t interfere with each other.

Example 4: B is set to run from 9th to 10th of July on the Front Page. There is no overlap in the timeline, B will run on the 9th and 10th, then campaign A will become active on the 11th and will run until the 19th.

When setting up Evergreen campaigns, you don't choose dates or days. Instead, you choose a trigger that activates the campaign, for example, the first visit to your site or accessing a specific page: 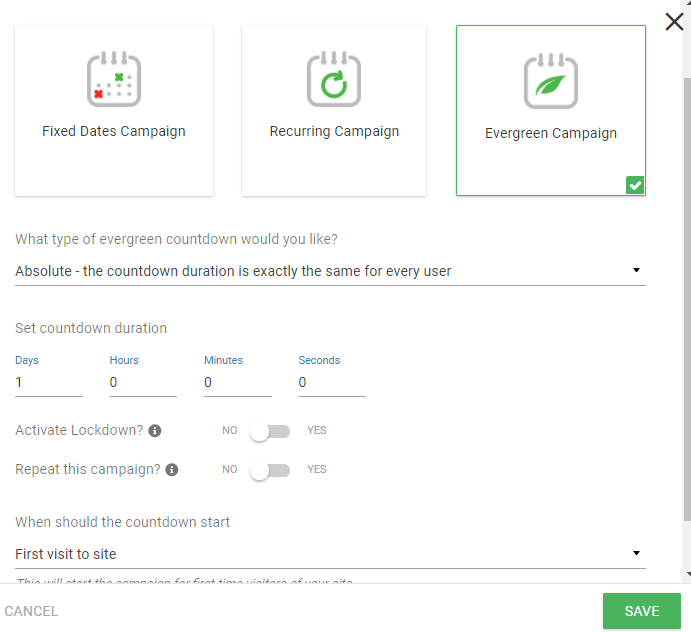 In this case, the trigger has the highest priority. For example:

Campaign C is set to trigger when the user visits the "About" page on the site.

Campaign D is triggered when the user visits the "Services" page on the site.

Both C and D are set to display on all pages (Display Settings completely overlap).

​User 1 goes to the site and at some point lands on the "About" page. From this point, campaign C will activate and will be shown to him on every page he visits.

User 2 lands on the Services page, triggering campaign D, he will see the banners created in campaign D.

How to change the priority of your campaigns

By default, the first campaign in the dashboard has the highest priority, so if the date and display settings overlap, the campaign that displays will always be the first one: 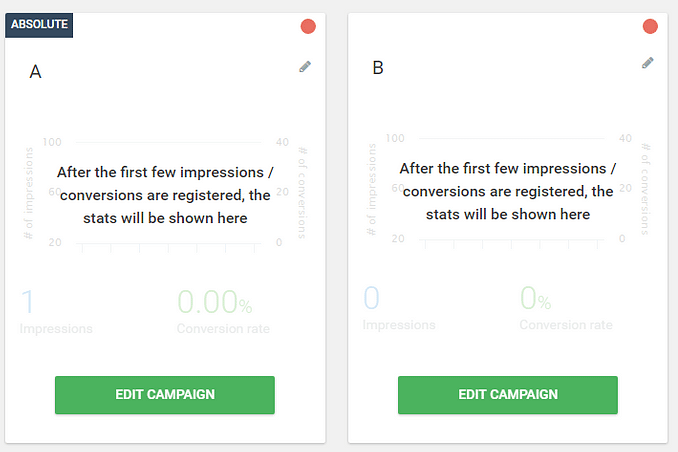 A has priority over B 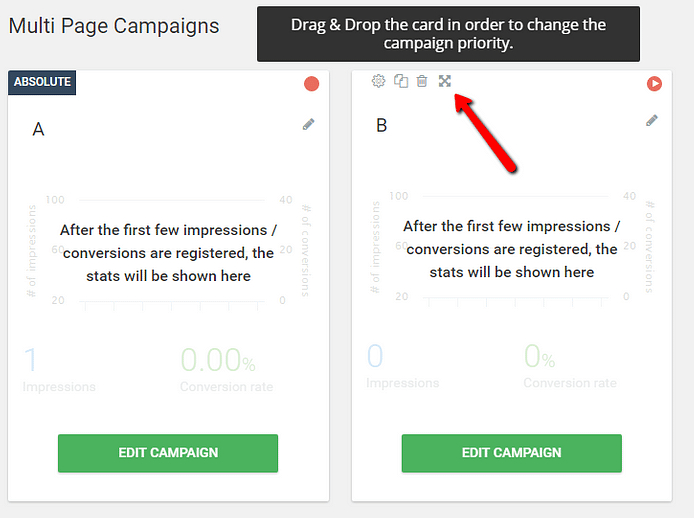 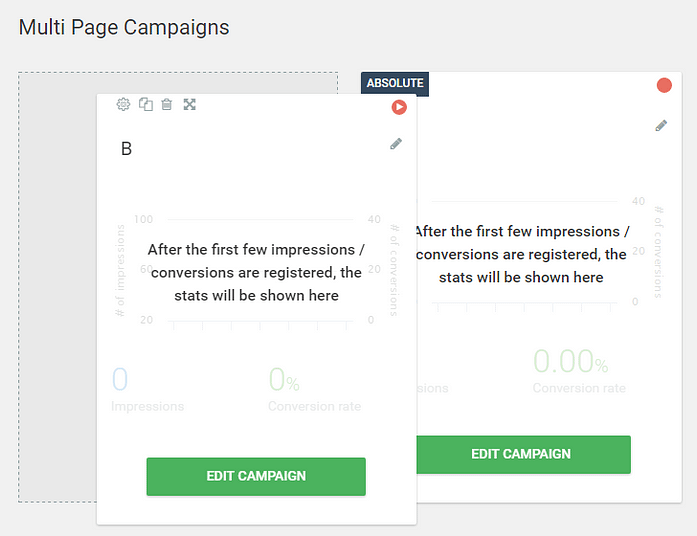 After this step, B will have priority over A.